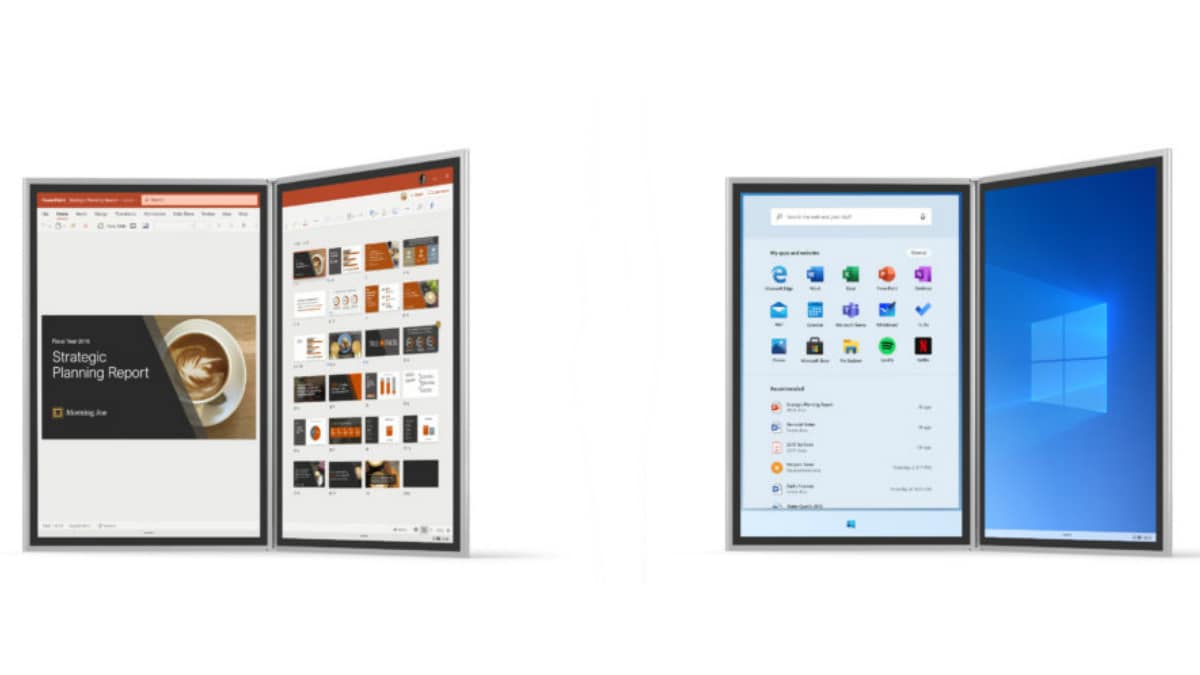 Windows 10X can show one single app on both screens

The Redmond giant says that Windows 10X has been designed and optimised for dual screen devices. Windows 10X is inspired heavily by smartphone and tablet interfaces, and has a UI that comes with a home screen on one display, while apps, websites and search bar are shown on the other screen. Showing off Windows 10X on the Surface Neo, the company says that an app can be opened by a simple tap, and it can be expanded on both the screens, or be used on just one screen as well. The app reflows on both screens and optimises itself to suit the new expanded display area.

The biggest difference is the Start menu that essentially now holds a list of recent documents, pinned apps, and a search bar. It looks more like a task launcher than what is available on desktops these days. The Windows 10 staple Live Tiles feature which offers animated flipping icon graphics in Start menu, is being scrapped completely in Windows 10X.