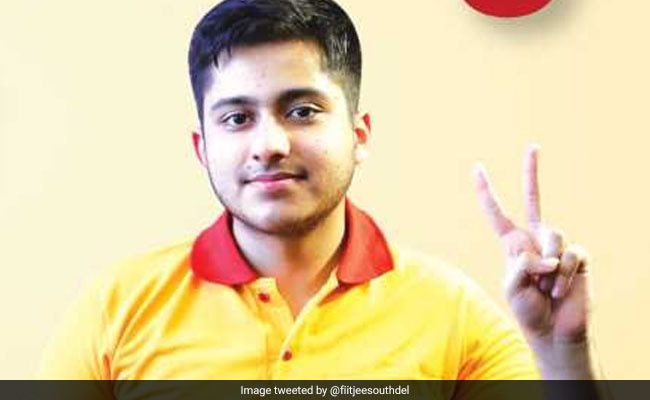 For 17-year-old Archit Bubna, preparation for the Joint Entrance Examination (Advanced) 2019 began before he entered Class 11 as he had set his sight on securing a seat at one of Indian Institutes of Technology (IITs).

A student Amity International School, Pushp Vihar, Bubna said he did not take too much stress about studies and was thorough with the syllabus. He secured 97 per cent in his Class XII Board exams.

“JEE (Advanced) question papers require high amount of thinking as compared to JEE (Mains). I had joined coaching and studied every day for three to four hours. I was just regular with my course and gave equal importance to Physics, Chemistry and Mathematics,” he told PTI.

“I never stressed about my studies and my preparations began much before I entered Class 11. After giving the exam, I was confident of ending up in the top five rank-holders,” he added.

Bubna said he wants to get into IIT-Bombay or IIT-Delhi and wants to pursue Computer Science. He said his father has been his inspiration and motivated him to pursue his dreams.

His father is a businessman and mother a homemaker. He has an elder sister.

The results of JEE (Advanced), 2019 were announced by the Indian Institute of Technology-Roorkee on Friday, with Gupta Kartikey Chandresh of Maharashtra emerging as the topper.