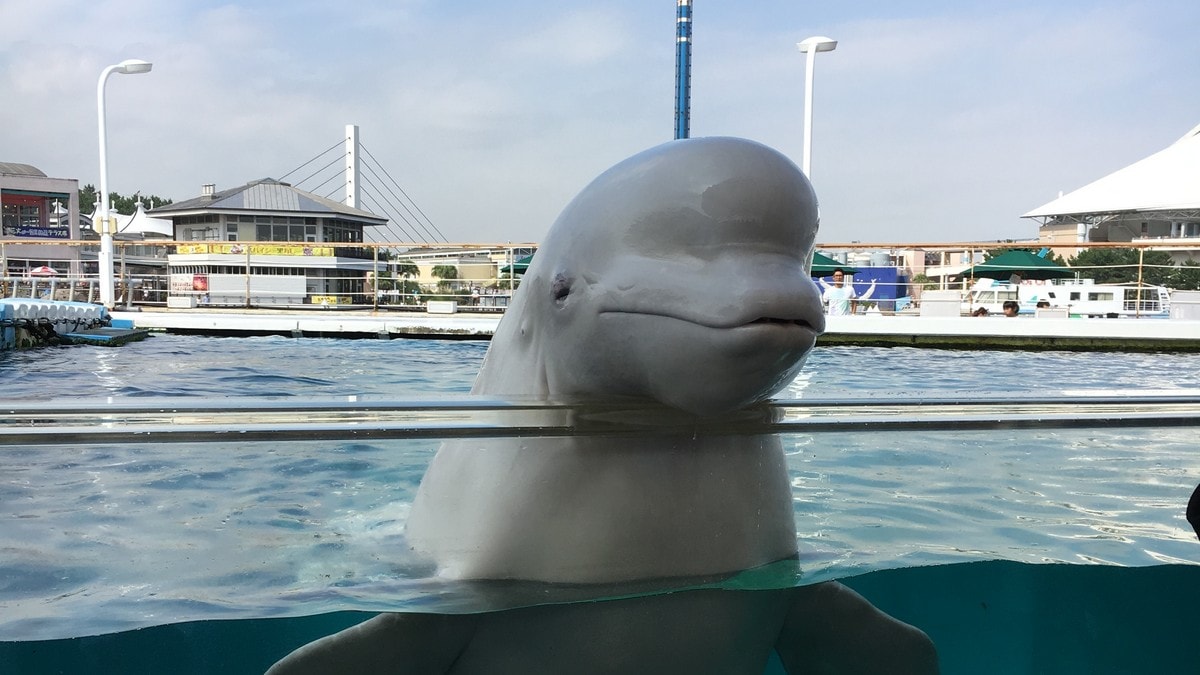 The friendly beluga whale returned after being patted by people on a boat.

Last week, the Internet exploded with stories of a beluga whale spotted in Norway that was wearing a harness with mounts for an action camera. Many believed it to be a ‘specially trained’ mammal conditioned for spying by Russians. While that story made some waves, another tale of a beluga whale – but with a more feel-good appeal – is making rounds of the social media. Apparently, the whale in question recently retrieved a lucky individual’s phone after it fell into deep waters. But that’s not all. The helpful beluga looked elated after receiving friendly pats for its good deed.

Stories of a human-friendly beluga whale having a ‘great time’ in Norwegian waters has been making headlines, with some calling the mammal a pawn in a sinister espionage plot. But a jovial beluga whale’s recent deed is putting a question mark on all such assumptions. A video posted on Instagram by Isa Opdahl shows the beluga whale rising to the surface with a phone in its mouth that was accidentally dropped in the water.

While we don’t know the phone’s status after being submerged in water, the beluga whale’s act of a good Samaritan is certainly dropping many jaws and leaving netizens in awe. In the video, the mammal can be seen holding the phone steadily in its jaws and then returning to the depths after receiving some gentle taps from people on a boat like a ‘good boi’.The caption of the video, ‘when animals are kinder than humans’, leaves a strong impression for those doubting the beluga whale’s intentions.

However, we are not sure whether it is the same beluga whale that has been accused of being a Russian spy, or if it is a different one, but social media users believe the former. The whale has been named ‘Whaledimir’ after Russian president Vladimir Putin, with the name being finalised after around 25,000 people voted on the beluga whale’s baptism.